The Trusteeship (aka IWF – Southern California) was founded in 1979 to bring together preeminent women of achievement and influence in diverse fields, and to provide them with a forum for the exchange of ideas and experiences. The Trusteeship is a founding member affiliate of the International Women’s Forum, which is composed of affiliates throughout the United States and around the world. Often individual members work together to address significant issues at local, state, national, and international levels. In the process, they pool resources, solidify relationships, and create networks of power and communication. Through the distinction of its members and the importance of their constituencies, The Trusteeship exemplifies the leadership role of women and demonstrates the impact they are having on society.

It all began in 1979, a time when women were scarce at the top levels of business.  At a meeting of women business executives, Adrienne Hall, founder and CEO of the first national advertising agency headed by a woman, found herself sitting next to Cynthia Ryan, vice president and general counsel for Pacific Mutual Insurance Company, one of L.A.’s largest enterprises. The two had never met. As they walked out of the luncheon, Adrienne voiced her feeling that there should be an organization of preeminent women, regardless of profession or discipline. Cindy shared this view and from that conversation the idea for The Trusteeship was born. 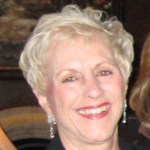 The original vision was to bring together preeminent women from diverse fields who could gather—much as men had done for centuries—in a non-competitive, non-partisan social setting, to find common ground in an atmosphere of trust and compound their powers to support one another and to advance women.

What was never envisioned at the beginning was the powerful emotion of bonding that occurred over four decades. It’s difficult to put in words the “gestalt” of The Trusteeship and how it has led to friendships that transcend professional boundaries, political parties, cultural origins, and philosophical differences. Our membership—now more than 230 strong—encompasses such illustrious women as America’s first woman astronaut, an Olympic champion, judges at all levels, award-winning producers and directors, leaders of major corporations, successful entrepreneurs, and more.

“A dynamic group of intelligent, notable, exciting, giving, caring, fun, and gifted women of different careers, background, education and ethnicity. They stand united as one voice for the betterment of all women everywhere throughout the world. It is such an honor to be a member of The Trusteeship.”