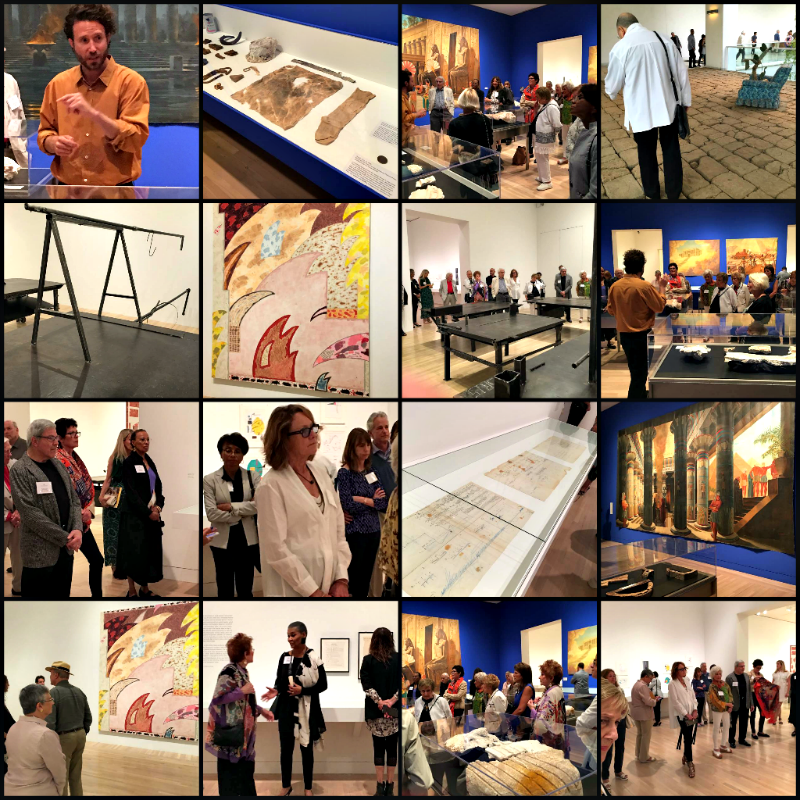 The Trusteeship members and friends took part in a private cocktail reception and tour of the Hammer Museum’s biennial show:  Made in L.A. 2016: a, the, though, only led by our own member, Annie Philbin, the museum director and  show curator Aram Moshayedi

The exhibit highlights the practices of artists working throughout Los Angeles and the surrounding areas. As part of an ongoing series, the exhibit addresses Los Angeles as a center of activity inseparable from the global network of art production and reveals how artists move fluidly between contexts and respond to their local conditions. Subtitled by the minimalist poet and writer Aram Saroyan as his contribution to the exhibition, Made in L. A. 2016: a, the, though, only extends into such disciplines as dance, fashion, literature, music, film, and performance.

Rather than a unifying regional aesthetic, sensibility, or identity historically associated with Los Angeles, Made in L.A. 2016 focuses on artists from different disciplinary backgrounds, allowing individual projects and bodies of work to shape the overall exhibition. It features condensed monographic surveys, comprehensive displays of multiyear projects, the premiere of new bodies of work, and newly commissioned works from emerging artists.

Made in L.A. 2016: a, the, though, only is organized by Hammer curator Aram Moshayedi and Hamza Walker, director of education and associate curator, Renaissance Society, with January Parkos Arnall, curatorial assistant, Public Engagement and MacKenzie Stevens, curatorial assistant.

“When I joined The Trusteeship, I had spent my whole life in government service and nonprofit organizations. The Trusteeship has introduced me to previously unfamiliar worlds (corporate, military, film, international) and the wonderful women who populate them, and in the process helped me better appreciate their work and my own.”