NPR West – Behind the Scenes with Kelly McEvers – March 23 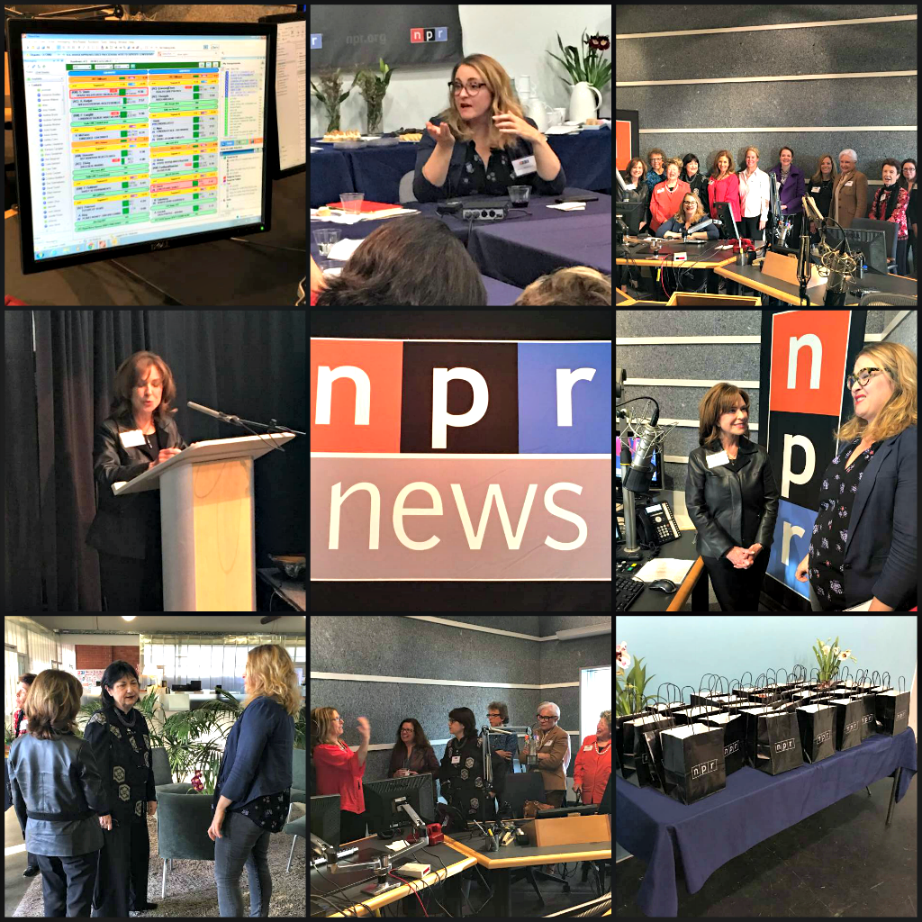 NPR West – With Kelly McEvers – Behind The Scenes Access

The special news opportunity for The Trusteeship began at NPR West in Culver City in Studio A where Kelly McEvers, co-host of All Things Considered, NPR’s award-winning afternoon newsmagazine, showed us around the studio and allowed us to watch her live and on-air during an All Things Considered segment.

A bit of background on All Things Considered which debuted in 1971 and is the most listened-to, afternoon drive-time, news program in the country. It can be heard on your local NPR station or npr.org. In the LA area that’s KCRW (89.9 FM) and KPCC (89.3 FM) beginning at 4 pm every week day. Kelly hosts the program from NPR West with co-hosts Robert Siegel, Audie Cornish, and Ari Shapiro in NPR’s Washington, D.C. headquarters.

This fun was followed by a lovely dinner and talk with Kelly who shared her occupational history with the group. Kelly was previously a national correspondent based at NPR West. Prior to that, McEvers ran NPR’s Beirut bureau, where she earned a George Foster Peabody award, an Alfred I. DuPont-Columbia award, a Gracie award, and an Overseas Press Club mention for her 2012 coverage of the Syrian conflict. She recently made a radio documentary about being a war correspondent with renowned radio producer Jay Allison.

A special thanks to Trusteeship member, Miriam Muscarolas, a member of the Board of Trustees, NPR Foundation, for her assistance in arranging this special evening.  Learning more about NPR and Kelly’s life was an amazing evening.

All Things Considered is the most listened-to, afternoon drive-time, news radio program in the country.

Embedded Hosted by Kelly McEvers, Embedded takes a story from the news and goes deep.