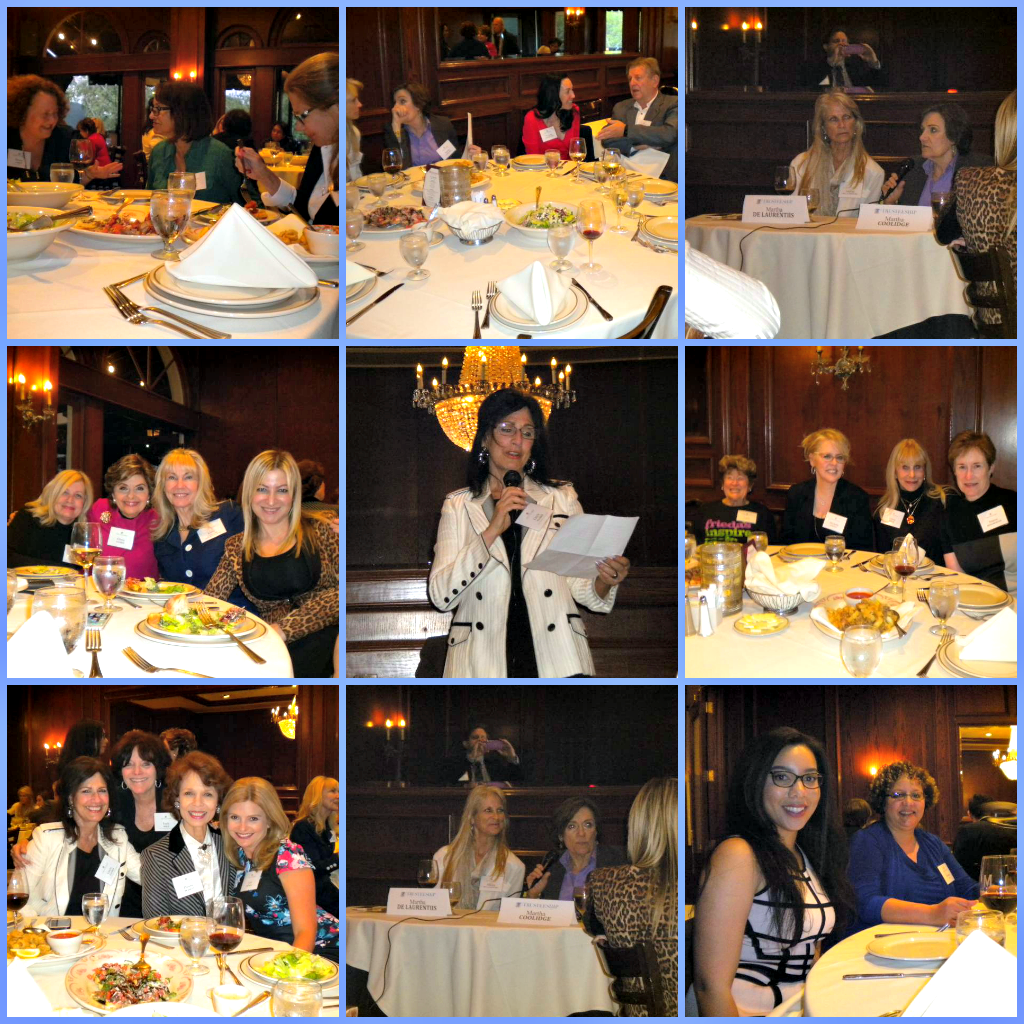 On March 17th at Maggiano’s at The Grove, The Trusteeship enjoyed a lovely dinner while getting a peek inside “the industry” from our own Director/Producer members, Martha Coolidge and Martha DeLaurentiis (see brief bios below).

In the words of Martha D., they came fully prepared with enough subject matter to teach a course! Martha D. was the moderator who asked questions of Martha C. as well as sharing her own industry insights.

A bit of what we learned:

Martha DeLaurentiis: Moderating panelist, Martha, is a film producer known for her productions “Breakdown”, “Hannibal”, “Red Dragon”, and the television series “Hannibal”. Over the past 33 years with partner and husband, Dino De Laurentiis, Martha has produced, executive produced and co-produced over 40 films and miniseries.

Martha Coolidge: Contributing panelist, Martha, was the first female president of the Director’s Guild of America. She directed “Valley Girl,” “Real Genius,” “Introducing Dorothy Dandridge” and “Rambling Rose”, as well as episodes of “Weeds,” “CSI,” “Sex and the City, and “Madame Secretary”, to name a few. She is currently directing “Music, War and Love”.

“A dynamic group of intelligent, notable, exciting, giving, caring, fun, and gifted women of different careers, background, education and ethnicity. They stand united as one voice for the betterment of all women everywhere throughout the world. It is such an honor to be a member of The Trusteeship.”