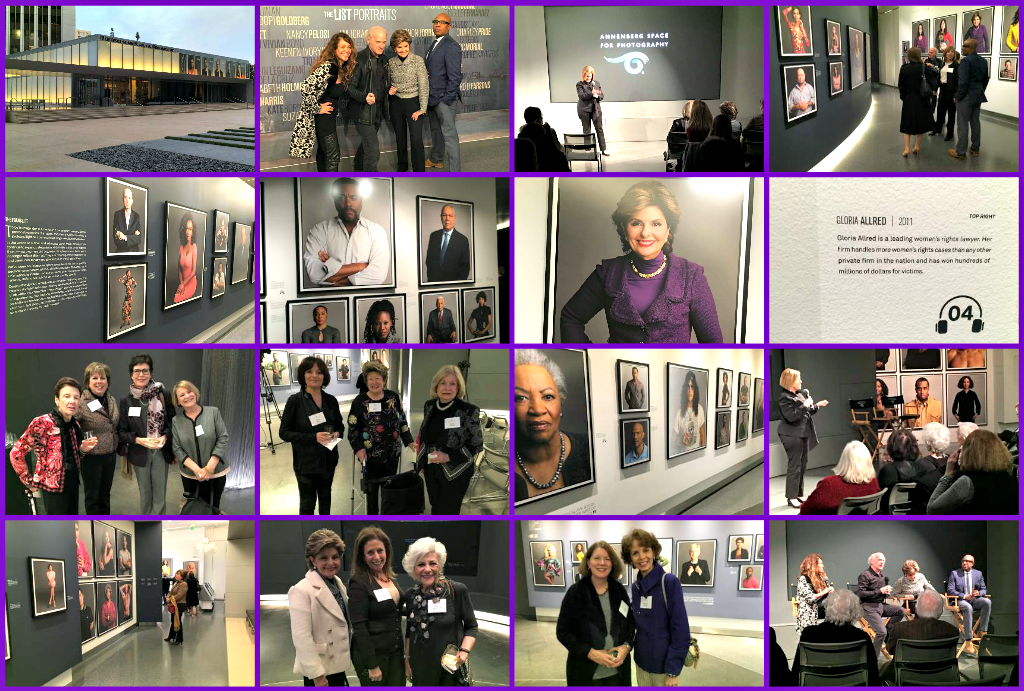 The Trusteeship gathered For a very special private exhibit and film at the Annenberg Space for Photography in Century City.

We opened the evening with a stroll of the exhibit at the lovely Annenberg space and a scrumptious cocktail reception. The exhibit was conceived to illuminate the breakthroughs of marginalized communities, IDENTITY: Timothy Greenfield-Sanders The List Portraits is comprised of 151 uniquely compelling large-format photographs of pioneers in five distinct-but-often-overlapping groups.

Each installment calls attention to cultural progress as exemplified by the stories of its subjects, people who have overcome obstacles to achieve success in disparate walks of life. This is the first time the full series could be seen in its entirety.

Timothy and two members from his team were on hand to present his short film about The Women’s List which features our own Gloria Allred and Madeline Albright, Sara Blakely, Margaret Cho, Edie Falco, Betsey Johnson, Alicia Keyes, Nancy Pelosi, Rosie Perez, Shondra Rhimes, Wendy Williams, Nia Wordlaw and others.